Natasha the Robot uses Swift extensions “the wrong way”. I like it. Basically, instead of relying on // MARK: -... to annotate code, split out the class into separate logical chunks via extensions. Nice.

First attempt is on the main view controller of my Udacity NanoDegree final project. We’ll see how it goes from there.

I’ve got a few plans on how I will be picking up the language. The first few steps involve reading the specification and catching up on the videos from the past couple of WWDCs.

However, in the process of checking out some courses on Udacity, I discovered that some of their introductory iOS courses are being taught in Swift.

So I dipped my toes into the Swift waters by creating a relatively simple app as the project for the Intro to iOS App Development with Swift course.

Creating the app was primarily a matter of getting used to the syntactic differences in how Swift uses the Cocoa APIs versus how Objective-C uses them.

The main thing that tripped me up was the use of optionals. I did some reading on them last year, but all of that is pretty fuzzy at this point. So basically, I just mashed the tokens around until Xcode compiled without any warnings.

One other thing of which the app made use was AVFoundation for recording and playing back audio. That was a bonus for me since I’ve never used it, but have been planning to learn some of the basics for my current “real” app project (i.e. one I am planning to publish to the App Store).

Anyway, that was an unexpected diversion, but it made for a fun couple of nights. I’m looking forward to spending more time working with Swift. The plan is to maybe incorporate a module or two of Swift into my current project. We’ll see how that goes.

Watching this video from WWDC has given me more reasons to start working with Swift. It’s also given me a practical first step into using it on a regular basis.

If I can integrate one module, maybe just a simple one, into an existing app, then, I can move on to bigger things from there. 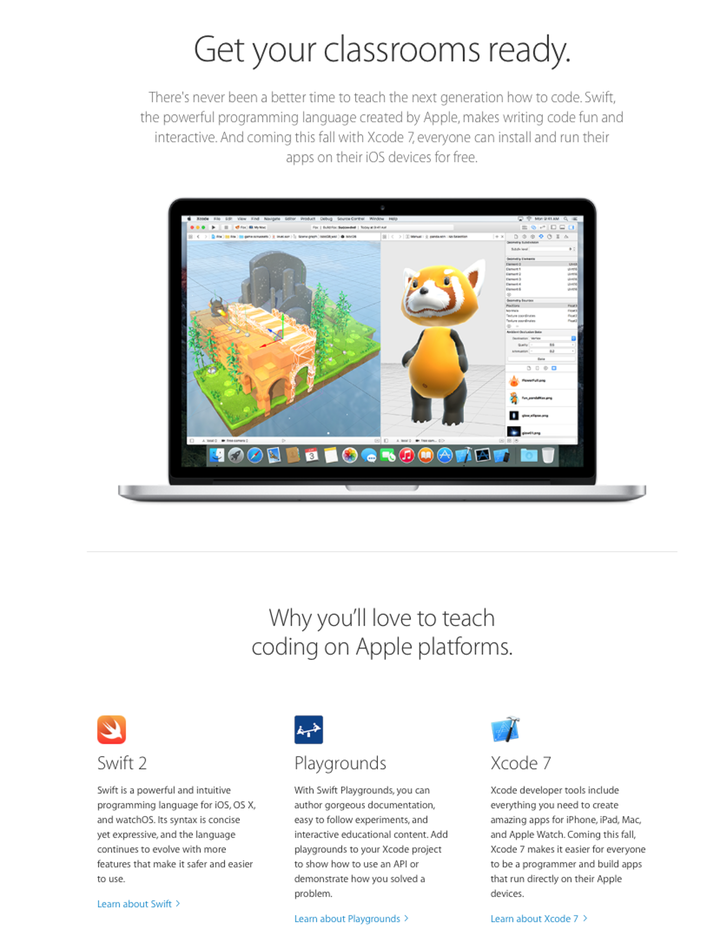 They are certainly marketing the language with their typical style.

“With new error handling and defer, the Swift temptation is finally beginning.”

– Marco Arment, feeling the same as I.